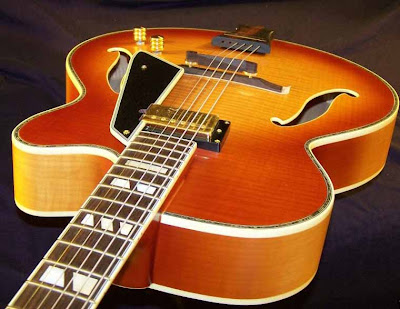 OK, now this is just for fun. you might get a charge out of our foolishness at Stonecoast as captured on these videos: me, novelist and playwright Mike Kimball, and poet and memoirist Debra Marquart making music at the "talent night." Have a look and a listen. 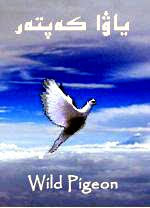 My op-ed piece, written in my capacity as Chair of PEN New England, appeared in this Wednesday's Boston Globe. I reprint it here, but I have also added a link at the bottom directing you to PEN American Center's case file on this persecuted writer, with directions for expressing your outrage to the Chinese authorities.

IMAGINE YOU are a popular, award-winning author whose poems and stories are widely-read, anthologized, and taught to schoolchildren. You have written a short story about a young pigeon, the son of a king, who is captured by humans and caged, and who by story’s end finds captivity so intolerable that he chooses to eat a poison strawberry rather than live such a life. You call the story “The Wild Pigeon.’’ It is published to acclaim.

But you are writing in a land where writers’ works come under constant scrutiny and where one morning there’s a knock at your door. You open it and are taken from your family, tried, and convicted without a jury or legal representation and sentenced to 10 years of hard labor for “inciting separatism.’’

This is no fable, Kafka-esque though it is. This is the story of Nurmuhemmet Yasin, a 34-year-old Uighur writer in northwestern China who was arrested in 2004. He is the recipient of this year’s Vasyl Stus Freedom to Write Award from PEN New England.

Until recently, many had never heard of the Uighurs, a Turkish people who live in an area of northwest China known to the Chinese as Xinjiang Province, an area formerly called East Turkistan. Seeking to exploit the region’s rich resources, Beijing has been increasing pressure on the region’s citizens to conform, resettling the province with ethnic Han Chinese in much the same way it has sought to undermine the autonomy of its neighbor to the south, Tibet.

Yasin’s “The Wild Pigeon’’ is clearly a political allegory, a short story about dignity, integrity, and pride in the face of cultural and territorial erasure. In the story, a mother explains to her son, “They want to change the character of our heritage . . . strip us of our memory and identity. Perhaps in the near future, they will build factories and high-rises here, and the smoke that comes from making products we don’t need will seep into the environment and poison our land and our water.’’

But whether or not we understand or even care about the situation of the Uighur minority in China, we should all concern ourselves with the plight of Yasin. Those who love stories and poems and plays and essays, who understand they are vital to all human cultures, must rise in defense of any author anywhere whose government violates the basic right of freedom of expression.

Yasin is one of more than three dozen writers held in prison by the Chinese authorities, according to PEN American Center. In addition, poets, playwrights, and novelists are imprisoned in Turkey, Tunisia, Saudi Arabia, Vietnam, Algeria, Cuba, Myanmar, and Iran for the crime of writing about how the world appears to them. In a world in which our destinies are intertwined, in which we need more desperately than ever to know one another, such censorship hurts us all.

Toward the end of “The Wild Pigeon,’’ the protagonist’s captors converse, as they watch the bird refuse food or water:

“Just let him go. To watch a pigeon die slowly like this is too pitiful.’’

“Setting him free does us no good. Nothing good will come of this.’’

“Nothing good will come of this in any event.’’

Readers and writers worldwide need to tell Chinese authorities that we have not forgotten Nurmuhemmet Yasin, that we are all watching.

Richard Hoffman is the chairman of PEN New England.


To take action on behalf of Nurmuhemmet Yasin, and on behalf of freedom-of-expression for writers everywhere, click here.
Posted by RH at 5:37 PM No comments: 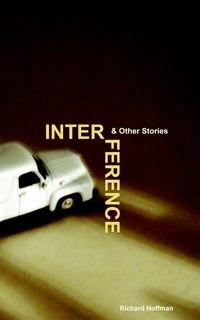 It's been a long time since I posted anything new here, but I have been recently showered with good fortune. Gold Star Road was selected this week for the Sheila Motton Award from the New England Poetry Club for best book of poetry published in the previous two years. Then, within hours, it was announced that I had received one of eight Brother Thomas Fellowships, a $15,000 award administered by The Boston Foundation. Needless to say, I am thrilled.

I also want to extend an invitation to any and all to join me in celebration of the publication of my story collection, Interference & Other Stories, on October 22, 2009, at GOOD FOOD CAFÉ, 2378 Massachusetts Ave., Cambridge, MA 02140. Click here for directions. There will be food and fun, door-prizes, and I will give a short reading. Porter Square Books will be there selling books.
Posted by RH at 5:07 PM No comments: