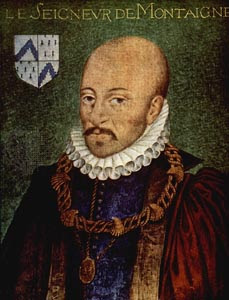 
I have just come from the second NonfictioNow Conference at the University of Iowa where I have met some wonderful writers, heard about some others, and renewed myself by recalling, from deep in a demanding semester of teaching, what it is that draws me to nonfiction, specifically to the essay. It was wonderful to spend time among those writers who have been working for the past 15 or 20 years to resuscitate this genre and restore its suppleness, its wit, its bite, and its ability to carry the news, even, or perhaps especially, unwelcome news.

I sat there remembering how much certain writers meant to me when I was trying to do the work that became Half the House; during those years Stop-Time by Frank Connor, This Boy’s Life by Tobias Wolff, String Too Short to Be Saved by Donald Hall, and A Romantic Education by Patricia Hampl were my models, my coordinates North South East and West. At the conference, especially after our panel: Square, Plumb, Level, True: The Ethics of Memoir (myself, Philip Gerard, Dinty W. Moore, and Mimi Schwartz) several writers approached me to say that Half the House was important to them, that it had given them permission, had suggested a way to locate themselves in relation to their experience of trauma. There’s not much that’s more gratifying than that sense of having passed along something of value.

But a high point for me was an easygoing and warm conversation with Patricia Hampl who delivered the opening keynote and later in the conference read from her latest, The Florist’s Daughter. I’ve known for some time that we have several friends in common, all of whom have expressed surprise that we’d never met. Now we have. I’m mostly just happy to have had the chance to say thank you for the lesson that poetry exists in prose as well as in verse, and that its primary impulse, to wonder, to enquire, is available to the memoirist and essayist.

At the same time, I am worried about the kind of “lyric essay” that is crowding out the essay of ideas, the kind of essay that not only asks questions but asks the important ones, the essay that is willing to challenge the bourgeois truce with injustice, the peace at any price that seems the literary status quo these days.

And Richard Rodriguez, our luncheon speaker on Friday, nearly brought me to my feet with his insistence that the issue of CLASS is the paramount issue in American society and that burrowing deeply into our micro-identities, thus precluding any solidarity with others who are being exploited, objectified, and demeaned, is profoundly disempowering.

On the way to the conference I shared a cab with Michael Danko who told me about a site for “the classic essay” called Quotidiana. Here’s the URL:


And here is the URL for the conference, which will soon contain live links to mp3 recordings of all the readings and sessions:

http://english.uiowa.edu/nonfiction/nonfictionow05/2005schedule.html
Posted by RH at 12:57 PM No comments: