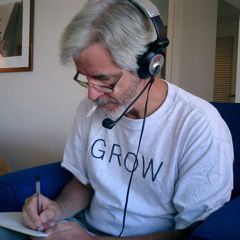 This from Chris Lydon today. Reposting it here. These are conversations that shed light, serious inquiries into what has befallen us and speculations about how we might survive with our humanity intact.

Dearest Ones:
The ghost of Tony Judt, historian and prophet, hovers over the best conversations we've recorded this spring -- for all the reasons that Ill Fares the Land, Judt's parting sermon, hovers over the 2012 campaign and American life this Fourth of July.
The connecting thread that Tony Judt spun brilliantly is the common dread underlying both the Occupy movement and the Tea Party. It's an unfamiliar, almost unnameable anxiety -- that we don't recognize our country any more; that our imperial illusions are crashing and we're the last to get the joke; that the rough-and-tumble egalitarian premises we grew up with are being mocked by legislated inequality that must get worse; that the public conversation has died, and that all the semi-private buzzing on the Web doesn't make up.
"We cannot go on living like this," Judt wrote, and worse: "We simply do not know how to talk about these things any more."
Three main points stick out of the Judt diagnosis: (1) the enfeeblement of "social democracy" in the American Dream -- the slashing of taxes that enabled a distributed prosperity; (2) the old cult and social disease of private wealth which has infected the culture and the curriculum of the rising generation; and (3) the collapse of a reasonably inclusive and "ethically informed public conversation." Most people, he wrote "don't feel as though they are part of any conversation of significance."
Judt's prescriptions were all over the place. He said we must "theorize our better instincts," but also: "we need to act upon our intuitions of impending catastrophe." We need to recast our public conversation around measures of human well-being, and we need a new crop of defiantly self-reliant dissenters to keep it honest.
Ill Fares the Land -- from Oliver Goldsmith's couplet: "Ill fares the land, to hastening ills a prey / Where wealth accumulates, and men decay" -- reads to me like the missing manual of the malaise in the land, a perfect outline for the Obama-Romney debates. On the chance that we won't hear these angles on the stump, we're taking Tony Judt's themes as a framework for conversations about the American condition in 2012 --
Happy Fourth!
Yours ever and ever,
Chris Lydon
http://www.radioopensource.org/