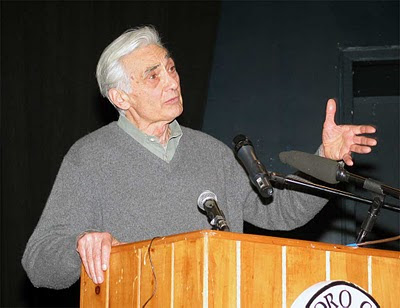 Listen to PEN New England's Tribute to Howard Zinn on WGBH Forum Network.
At this event, PEN New England presented our 2010 Vasyl Stus Freedom-to-Write Award to Zargana, poet and comedian imprisoned by the regime in Burma/Myanmar. Here is an op-ed I co-wrote with Joshua Rubenstein, Northeast Regional Director of Amnesty International.

TEARS OF A CLOWN

Throughout history, from Aristophanes to Saturday Night Live, writers of comedy have tweaked the noses of the powerful to the delight of their audiences, helping to illuminate absurdities, expose abuses, and articulate grievances. There is a direct line of descent from the court jester, or fool, to today’s practitioners who continue to hold up the mirror of comedy to those in power. The powerful have nearly always tolerated this sardonic form of speaking the truth and even valued it as counsel. But the Burmese junta’s arrest and sentencing of Maung Thura, whose pen and stage name is “Zargana,” is no joke.

Zargana is currently serving a 35 year sentence for his public criticism of the Myanmar government’s response to the humanitarian catastrophe that followed Cyclone Nargis in 2008 which claimed at least 138,000 lives and affected more than 2.5 million people.

No doubt he had already made the ruling generals uncomfortable even before 2008. The country’s most popular comedian, Zargana gathered crowds that rivalled those of political leaders, and his political jibes, often artfully couched in puns and double-entendres, were and still are spread by word-of-mouth in a country where open dissent is extremely dangerous. He was first arrested in 1988 during a popular uprising calling for democratic rule. Prior to that, in acknowledgment of the Burmese version of the court jester tradition, the regime had invited him to perform on more than one occasion. In 1990, however, his comic impersonation of one of the junta’s generals resulted in a five year prison sentence, his poems and sketches were banned, as were the many films he directed, and he was forbidden to perform in public.

As if to let him know that they had not forgotten him, the generals arrested and briefly detained Maung Thura for his support of the Burmese monks of Rangoon during their 2007 walking protests, which brought about a brutal and bloody crackdown.

And then there was the cyclone and its tragic devastation, followed by the junta’s news blockade and paranoid refusal of international aid. Putting aside the puns, the doublespeak, and the jokes, Zargana went to work to alleviate the suffering of his people by orchestrating a worldwide network of private donations for the relief of the cyclone’s victims. Recognized as a prisoner of conscience by Amnesty International and the recipient of this year’s annual Vasyl Stus Freedom to Write Award from PEN New England, Maung Thura is serving his current sentence for this selfless action, and for speaking the truth about the extent of the devastation.

Recently, in this country, we have seen comedian Stephen Colbert address a congressional committee, President Obama appear on the Jon Stewart Show, and a rally in Washington organized by Stewart and Colbert. In the last election Al Franken, former Saturday Night Live comedian, won a seat in the U.S. Senate. Intelligent comedy, dealing with the social order, is always controversial; as such it is a necessary ingredient of political discourse. It is also protected speech by virtue not only of centuries of tradition, but by the Universal Declaration of Human Rights.

After Myanmar’s elections on November 7, the government’s most famous prisoner, Aung San Suu Kyi, was released. However, over 2,000 political prisoners, like Zargana, remain in custody. Their continuing imprisonment calls into question the commitment of Burmese rulers to anything more than democratic window dressing.

Just finished reading one of the most affecting, thoughtful, and pitch-perfect collections of short fiction I've ever enjoyed, Please Come Back to Me, by my colleague and friend Jessica Treadway.
Here is a review with which I wholeheartedly concur. Don't miss this one!
Posted by RH at 9:46 AM No comments: 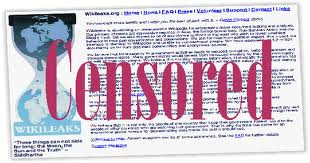 Thanks to Thom Bassett for bringing this follow-up article by Glenn Greenwald to my attention. This is more than another article on Wikileaks. It is an analysis of the corrupted role of American journalism in ensuring that we remain ignorant of what our government, in collusion with other powerful interests, is actually doing.
In the article there are links to a number of other cogent analyses of the disinformation propagated (propagated, as in propaganda) by a fawning fourth estate that ought to be the protector of our right to know what is being done in our name.
Maybe we should charge Bin Laden with a broken condom in a Swedish bedroom? Maybe he got laid in Sweden while he was negotiating to buy some yellowcake uranium?
Get Judith Miller on the phone! WMD's anyone?
Posted by RH at 11:08 AM No comments: 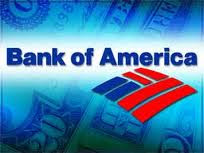 A friend wrote to say that Assange has done some dangerous things, putting people's lives at risk. I don't know where he gets his information. Is Wikileaks as dangerous as the mainstream media parroting what governments and megabanks feed them? Just where are those weapons of mass destruction?
Glenn Greenwald has a great article about what Wikileaks actually released and how on Salon, here.

How quickly a global manhunt began for Assange once he announced Bank of America leaks would be next. Leaks of redacted State Department cables, back-channel discussions, characterizations of foreign leaders got nothing but a lot of bad press from the corporate newsmedia. But once he threatened the BoA’s vampires with some sunlight, he was arrested on obviously trumped up charges, Visa, MC, and PayPal froze or otherwise disabled Wikileaks’ accounts, and internet providers who depend on these financial services attempted to erase Wikileaks — and even listserve and bloggers’ discussions of Wikileaks — from the internet.

The man is dangerous because he is a publisher who is off the reservation and not controlled by those who write and maintain the dream narrative we ingest via what passes for journalism.

This is precisely what we decry when the Chinese do it: prevent the people from access to information that would lead to their questioning the narrative they are spoon-fed. Or the North Koreans. Or the Iranians. Or the government of Myanmar.

Journalists who decry Wikileaks as out-of-bounds, as irresponsible, as a violator of journalistic ethics, might well remember that Wikileaks’ first story was the leak of the wanton murder of two Reuters’ journalists by a US helicopter crew. If “traditional” journalism had been fulfilling its function, unintimidated by corporate owners and military murderers, Wikileaks would be unnecessary. So instead of vilifying Assange, reporters ought to start looking for the stories buried in the relatively few documents so far released, and put a process in place for digesting and understanding the political and economic meanings of the Bank of America revelations that are imminent.

And read the Salon article noted above. It is a lie that Wikileaks indiscriminately dumped 250,000 documents onto the net.

We have a publisher now in prison who has not been charged with a crime and whose news organization has also not been charged. What's next for him? Gitmo? Extraordinary rendition?
Posted by RH at 8:43 PM No comments: 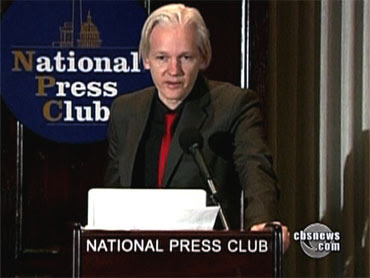 How one feels about Wikileaks and its founder Julian Assange seems to depend on one's allegiance. I'm reminded of the old joke:
Lone Ranger: Tonto, we're surrounded by Indians!
Tonto: What you mean, WE, kemosabe?
If you identify, either actively or passively, with corporate capitalism's global agenda, then Assange is a criminal. If you see that same secret network of powerful interests as destructive of human freedom, a criminal conspiracy to assert and maintain state and corporate power over an increasing number of people worldwide, then Assange is a hero.
Speaking of criminality, let's refuse to be distracted by the ludicrous charges of rape with which threatened power has sought to slander him. According to Information Clearing House, both of the women who were convinced to make these complaints bragged on Twitter to girlfriends about having slept with him before the charges were even an idea. Now they are saying it was rape because a condom broke (in both cases?) and he didn't immediately stop. Enough said.
Would the New York Times have published The Pentagon Papers today? Even now, the story in the media is all about Wikileaks, not what has actually been leaked.
The Canadian blog Wood s Lot has a great gathering of material about and by Assange. It is in our interest to inform ourselves: we live in an age where the control of information is integral to the control of populations. We need to be truly informed, not spoon-fed. Here's a good place to start:

Julian Assange and the Computer Conspiracy; “To destroy this invisible government”