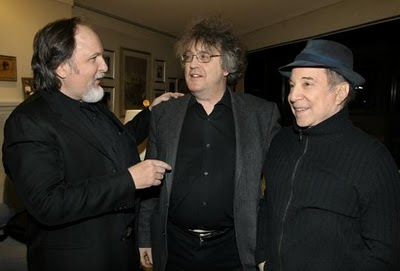 Our PEN New England panel with music critic and novelist Bill Flanagan, poet and lyricist Paul Muldoon, and singer, songwriter and musician Paul Simon is available for viewing here. Great talk about writing and music, with a couple of poems from Muldoon and two Paul Simon performances, including a song from his new album not yet released. At the end of the evening I was proud to announce our new PEN New England Award for Lyrics of Literary Excellence, an annual prize which which will be presented for the first time at next year's panel.
Posted by RH at 11:40 PM No comments: 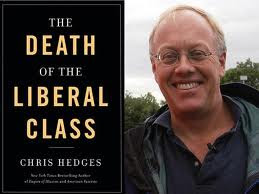 Chris Hedges, telling the truth about our current political, economic, and moral predicament. The picture when he connects the dots is devastating, but essential to understand if we are to begin to think clearly and outside of the conceptual boundaries set by the corporate state. Watch this! It's about 45 minutes long. Less than an hour to cleanse your view of delusions foisted on us by a 24/7 propaganda machine.
Posted by RH at 5:30 PM No comments: 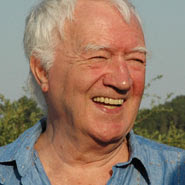 They showed me the world and said:
What do you think?
I said: Half about women
And half about drink

Do the Mighty Whitey
Or the Landlord Rat
But I’ll keep grooving,
To the Sorry Bout That

Hey Johnny Betjeman
Where you been?
Down Buckingham Pigstye
With Princess Margarine

more about Adrian Mitchell here and here.
Posted by RH at 12:10 PM No comments: