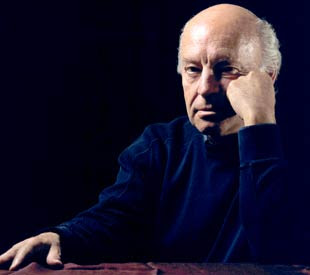 Galeano's best-known works include the trilogy Memoria del fuego (1982-1986, Memory of Fire) and Las venas abiertas de América Latina (1971, The Open Veins of Latin America), which have been translated into some 20 languages. Galeano’s work transcends orthodox genres, and combines documentary, fiction, journalism, political analysis, and history. Among the writers at work now, he has most successfully integrated the aesthetic and the ethical, or in other words, the joyful and the political. His work is at once engaged, playful, and deeply respectful of the real wisdom of la gente, the people, the democracy in exile, if you will, that is our real homeland, no matter where we live in the capitalist economy, no matter where we have been born in the history of imperial greed. The author himself has denied that he is a historian: "I'm a writer obsessed with remembering, with remembering the past of America above all and above all that of Latin America, intimate land condemned to amnesia."

Here are some places to begin to learn about Galeano:

Writer Without Borders
By Scott Witmer

Eduardo Galeano disdains borders, both in life and in literature. Exiled from his native Uruguay after the 1973 military coup, he returned to Montevideo in 1985, where he continues to live and write. Galeano’s books subvert the distinctions between history, poetry, memoir, political analysis and cultural anthropology. With a graceful sense of craft, he uses “only words that really deserve to be there” to convey a humanely moral perspective on matters both personal and political. His writing honors the experiences of everyday life as a contrast to the mass media that “manipulates consciousness, conceals reality and stifles the creative imagination … in order to impose ways of life and patterns of consumption.” By multiplying seldom heard voices, Galeano refutes the official lies that pass for history—his work represents an eloquent, literary incarnation of social justice.

excerpts from the book Upside Down: A Primer For The Looking Glass World

Eduardo Galeano: the open veins of McWorld an interview by Niels Boel

another interview at Identity Theory

http://www.identitytheory.com/interviews/birnbaum174.php
Posted by RH at 11:56 AM